“People will say that violence came to Beartown this summer, but that won’t be true, because it was already here.”

Beartown, which I read last month, was my first book by Fredrik Backman and I glowingly reviewed it on here. Soon after, I was excited to learn that the author had planned a trilogy and that the second book was already out. It should tell you something when I devoured this in two days as well.

The book picks up where the other left off. Beartown, the small, seemingly insignificant, ice-hockey-obsessed town in the Swedish wilderness, is reeling from everything that happened in a season that was supposed to bring them a junior hockey championship, but instead exposed the cracks under the surface and pitted the town against itself and its inhabitants against each other.

It’s summer. But there’s little enjoyment in this short respite from 9 months of snow, darkness, and the cold – this town and its people are worried about the future. Of their hockey club, of their jobs, of a crumbling economy. And then, a surprise candidate materialises as saviour. But he is a politician looking for his own gain. Can this fallen town build itself back up?

Now, this book doesn’t immediately grab you and emotionally overwhelm you like Beartown did.  The first 60 odd pages are almost a recap of the first book, and unlike the intimate passion that was possible with a small story about big things, in Us Against You, the stakes are larger purely because the stage is bigger. There is more politics. And a lot more violence. This is about two towns, Beartown and Hed and two games of hockey, but also about so much more. About power, manipulation, money, survival. There’s a saying in Beartown that life is supposed to be hard. Its residents aren’t afraid of hard work or things being difficult, but they do expect fairness. Which, more often than not, isn’t the case. Hockey, then, is not just a respite. It’s about dreams and hope and possibility.

Us Against You’s canvas is larger. And while Backman effortlessly manages to switch between characters and threads, and is successful in pulling it together on a tapestry, the moments I enjoyed the most were the small ones (and there were many). And with them the book begins to pull you in slowly, inexorably until you’re racing through the second half of the book, heart pounding, emotions always at the surface.

“It’s so easy to get people to hate one another. That’s what makes love so impossible to understand. Hate is so simple that it always ought to win. It’s an uneven fight.”

I’m still in awe of Backman’s ability to write characters that feel so real, as well as his ability to, with simple words, be so insightful about life and the human condition. His astute grasp of psychology and the intricacies of human nature. It was one of Beartown’s strengths and this book is no different. We learn more about old characters, see them grow up or grow wiser even if it’s after hurt, turmoil, unbearable loss – but there’s also new people to get to know and root for.

The author also captures well what it means to live in a small town in the middle of nowhere that nobody cares about, what it means to grow up in a town that you can never really escape from, not in your heart anyway, what it means to be part of a community. I’ve been told that the people in his other books are more quirky and the tone more feel good, but I like well-written realistic stuff like this too. Stuff that doesn’t flinch from ugly realities and darkness but offers glimmers of joy, hope and beauty.

We watch the people of Beartown hurt, fall and stand back up, we watch them struggle and give up, begin again. We watch them brim over with unsaid things that they’re too afraid to say, say things they may not mean, say the right things in the rare moments of perfection. We tear up in their happy and heart-wrenching moments alike, the emotion surprising us when we least expect it.

Speaking of characters, a part of my heart will always belong to Benji and I hope we get more about him in the final book of the trilogy. The piece of paper that Maya hands to him has some of my favourite words in the book and that moment is one of many favourites featuring this beautiful, flawed, heartbreaking boy with the sad eyes and the wild soul.

But there’s also Amat, Bobo, Maya, Leo, Ana, Benji’s older sisters, old Ramona, Peter and Kira and many more – and it’s an achievement that, at some level, he makes all of them relatable. And just like in the first book, there are no judgments, no labelling of people and what readers should think about them. Backman allows us to come to our own conclusions based on personal experiences.

The language and writing style is still one of the most unique I have read, though I could do without the false foreshadowing because his story and his characters are strong enough to stand on their own. And sometimes the repetition is a bit overdone. But I want to go through both books again if only to note down favourite passages and lines, there’s so many of them! And the brutality and beauty of the Swedish wilderness is a character in itself through sensory details and a compelling atmosphere. Translator Neil Smith has done a fine job capturing the cadence and poetry I imagine the original Swedish has.

Final verdict. Beartown still edges Us Against You, and I would recommend you reading them in order, but this is still a five-star read for me and I can’t wait for book 3! I urge you to pick both up without getting scared away by the sports aspect of it – like I wrote in my review of Beartown, this is as much about ice-hockey as the Friday Night Lights TV show is about football.

“It is a story about hockey rinks and all the hearts that beat around them, about people and sports and how they sometimes take turns carrying each other. About us, people who dream and fight. Some of us will fall in love, others will be crushed; we’ll have good days and some very bad days. This town will rejoice, but it will also start to burn.”

PS. I’m also excited that the books are being adapted for TV rather than the big screen; it’s the only visual format that could do them justice. 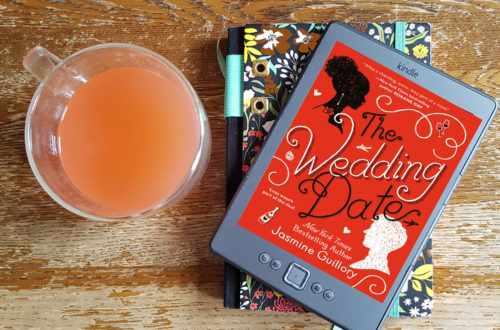