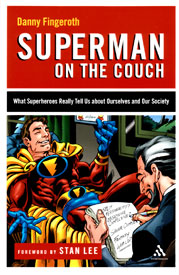 I’m the first to admit that I love superheroes. But I’m also the first to give the disclaimer of being a relative beginner when it comes to calling myself a comic book fan. In the intertextual, modern world of today, we face interesting dilemmas where many of the newer fans of the genre have their introduction (and hence subsequent knowledge, and much of the exposure) from the screen or TV versions of their superheroes. My personal introduction was via comic books as a kid but much of my later relationship with the field has been through the screen mediums. So I am hardly an expert in the mythology, origin stories, the world of each mainstream and obscure superhero and hence not equipped to contradict an expert’s opinion or knowledge. However, Danny Fingeroth’s Superman on the Couch: What Superheroes Really Tell Us About Ourselves And Our Society, remains a fascinating and insightful read into a world I’m a just beginning to explore.

The writer has an intensive background in comic books and the industry having worked at Marvel with their Spider-Man line for many years, as a consultant on Fox’s Spider-Man animated series in the mid-90s and having written a number of Spider-Man books. He founded Write Now! Magazine which includes writing about comics, animation, science fiction etc and also teaches comics, graphic novel writing and comics appreciation at New York University’s School of Continuing and Professional Studies.

This book stems from his experience and continuing passion about superheroes, the ways in which they can be perceived and impact on society, and what we can derive about ourselves from an analysis of it. What makes it a page turner is the combination of pop culture, interesting facts, a sense of humour and a detailed look at its source material that is still very easily accessible. Fingeroth takes a serious look at a genre that’s always been looked at as frivolous and childish, while managing to make it an enjoyable journey that doesn’t lessen any respect for the subject. It’s a comic book professional taking a look at his favourite topic through his combined experiences of working in an industry but being a true, passionate superhero comics fan first and foremost.

There is a variety of topics he discusses ranging from what a superhero is, why they remain so popular, their origins, their continued evolution, why they are important to us, the question of dual identity, their mostly orphan status, the position of the superheroine, a look at the different types of superhero families, the changing trends and how each generation remakes superheroes for the times, the values of both heroes and villains and the future of the superhero in whatever cultural format.

Most importantly, he analyses in-depth the continuing cultural relevancy of the superhero entity and tries to come up with explanations in an area of study much disregarded when you consider the amount of books written on fairy tales and mythology. When you think about it, superheroes are very much an integral part of our modern-day mythology and culture. Argued to be America’s answer to the cultural and historical foundation it lacked as a young country (only about 200 years), the first ever comic book was Superman in Action Comics #1 (June 1938). Batman followed on May 27, 1939 and the rest as they say is history.

Fingeroth traces the history of the superhero right from a teenage Jerry Siegel epiphany that created the Kryptonian Superman and kick-started the superhero genre, to the campy, over-the-top superhero versions of the post-war eras to the dark, post-modern, deconstructed and conflicted characters we see today. He also looks at the pulp-fiction (serialised fiction, the Western etc) origin of the hero as a narrative tool, and the emergence of a sub-set of this heroic figure possessing superhuman qualities (either by birth or science), hence clarifying the distinction between a real superhero and a compelling fictional protagonist/hero.

Throughout, he examines the possible reasons why we connect with these heroic entities. Why do we continue to cling to our superheroes and remake them to align with the zeitgeist of every generation? Maybe it has something to do with the wish fulfillment and fantasy aspect of the genre, its strong moral values, its belief in good always winning over bad in the end. Maybe it’s because we can, in a way, relate to their superheroes and yet not feel intimidated as we would if they were ‘human’. All superheroes have undergone some sort of trauma in their past, but even if they can never hope to truly reconcile with this pain, they are still able to live with it, to function, to do what’s needed for the greater good (and more importantly, know what that right thing is). They also have an allegiance to duty, and in turn their secret identity becomes a ‘badge of honour, not a concealment of shame.’ (Fingeroth, 2004)

“I will be who I must be in order to fulfill my mission of doing good. Whatever serves that purpose is who I will be both in and out of my costume.”

Believing that one possesses a secret identity, and powers and skills that mark one out as special is a relatable human desire. It’s the desire to be better than what your mundane life allows you, the wish that you too have hidden potential that can give you a shot at greatness if harnessed. Fingeroth calls it the ‘superhero comic consciousness’ – The hope (and fear) that there is more to this world than what we can see. There is a simultaneous need to blend in and stand out, to want our deeds to stand alone; a complicated mix of insecurities and self-confidence that we all go through at some point in our lives. It’s a much supported belief that the superhero entity is deeply rooted in the American immigrant experience. Fingeroth asks the question, is it braver to be who you are, or to be who you pretend to be? It’s a very insightful discussion on identity, one where each one of us will bring personal baggage and a different perception. There is a universal element in wanting to find that small space of belongingness and acceptance, while at the same time be admired and appreciated for our unique, special appeals.

But to be able to integrate all the myriad sides of our unique personalities one day and become one ‘fully realised’ person is a shared and often cherished dream that we can try to achieve through the lives of superheroes. At the very least we can try to make sense of our own lives, the world we live in, the people we share it with and our hopes, dreams and wishes for the future. We can grab hold of the empowerment intrinsic to the superhero fantasy and use it for our own existence.

As a fan of Buffy the Vampire Slayer and Joss Whedon, I was thrilled when an entire chapter in the book was devoted exactly to that. Fingeroth explains the reasons for including her in the realm of superheroes in spite of her non-comic book birth and merely TV existence. At the time Wonder Woman arrived on the scene, societal structures and belief were still vastly different and it was slow going for a superheroine to be accepted as someone who isn’t evil or power-hungry. The evolution of the superheroine was at a snail’s pace when compared to her male counterparts and Joss Whedon’s Buffy is responsible for bringing about a paradigm shift in perception. She paved the way for women like Lara Croft and Charlie’s Angels to kick ass. A refreshing change that Fingeroth points out was the character’s relationship with her sexuality, a key element when it comes to a superheroine. Buffy doesn’t bottle it up. She faces it, enjoys it and then outsmarts it, hence establishing power over it so that it doesn’t define her but isn’t a hidden, shamed secret either. It is the empowerment fantasy as its very best and that chapter probably remains one of my favourites in the book.

There is also a very interesting chapter on the different kinds of superhero families – The Justice League (inclusion by merit and invitation), The Fantastic Four (related by marriage, friendship and a freaky cosmic accident) and X-Men (as a result of sharing the mutant gene) – another chapter discussing the role of anger, revenge and redemption with respect to characters like Judge Dredd, Daredevil, The Hulk, Wolverine etc and one devoted to the teen heroes and sidekicks. (Spiderman, being a personal project of Fingeroth’s, offers some fascinating insights and deserves his own, separate article, especially in the context of the recent reboot, a topic the writer was unable to include since the book’s published in 2004. I’d be interested to hear his views on that as well as Nolan’s masterful trilogy)

However, through our love and even seeming obsession for superheroes, are we as a society and as an individual, shunning responsibilities and avoiding collective/personal problems? Is it promoting a misguided dependence on authority that leaves us helpless in the fight for good and needed change? Or do these superhuman but ultimately moral beings provide us with a healthy fantasy outlet for our own darker, secret sides? Is the superhero in us or are we in the superhero?

More importantly, can we really expect change from characters that only show an illusion of it? One of the enduring reasons for comic books and superheroes is their apparent timeless quality. We are reassured by the fact that our favourite superheroes will never really die, or truly disappear. Even the ones that age do so at an infinitesimally small rate. For a fictional story, change is the only constant. That’s what keeps us reading on and moving forward – characters that learn, experience and change. Here, the superhero can never truly change when you consider the very rules of the genre that are part of its enduring familiar appeal. Yes, they do change with the times but they have to remain the same as part of their duty to fans and readers. (Here is my article on Batman that takes a shot at proving that)

It doesn’t however mean a lack of proactive behaviour on our part. As Fingeroth points out, superheroes are the embodiment of what C.G. Jung termed the collective unconscious. As humans we need to dream. But what use we make of them when we awaken is up to us. It’s a two way street and we have to be careful how we choose our heroes and our morals, our values.

“The superhero has a mission to preserve society, not to reinvent it” (Richard Reynolds, Super Heroes, A Modern Mythology: 77).

So the final responsibility for our choices, actions and our lives lies with us. As does the reinvention of our society, or bringing about a much-needed change. If superheroes are the medium through which we come to these important decisions then what’s the harm? It’s a metaphor system that everyone in modern society can understand at a glance. In the end, as aptly concluded by Danny Fingeroth – We have to be our own superhero. It’s the work of a lifetime!

(Note: As pointed out earlier, I have neither an academic background nor an in-depth knowledge of the subject. But I do have some experience of academic writing and literature from my University days and I do wish Fingeroth had gone into more depth for the psychological aspect of his chosen topic. While a thoroughly enjoyable and very insightful read, it might not have much of the kind of analysis relevant for a seasoned, hard-core comic book fan or one interested in a detailed psychological study of superheroes.) 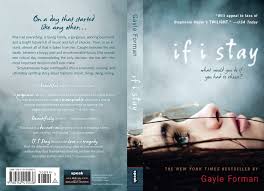 If I Stay and Where She Went – Gayle Forman 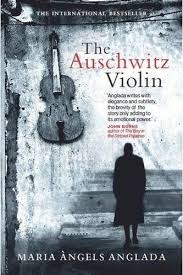 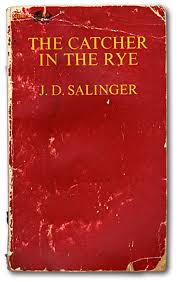 Catcher in the Rye – J.D. Salinger