Dr. Vinayak Nagesh Shrikhande’s earliest memories are of buses, trains and snakes. Born in Kolhapur, he moved to Belgaum in the neighbouring state of Karnataka as a kid, a six-hour bus ride away. At the Belgaum racecourse, he recalls jumping out of a tree when faced by a snake coiled around a branch. And one of the local attractions of visiting his mother’s family in Dombivali, near Bombay, was the iconic Deccan Queen, India’s first superfast, long-distance passenger train, hurtling towards the big city with its tall buildings and smart, important people.

Since then, my maternal grandfather has lived and succeeded in the United Kingdom, when it was uncommon for many of his countrymen to live abroad; with a double fellowship no less – FRCS (England) and FRCS (Edinburgh). He has returned to Indian shores, to his family and country when he so easily could have stayed on, operated on an Indian president (Dr. Shanker Dayal Sharma), pioneered the field of hepato-pancreato-biliary surgery in India (significant contributions to the management of gall-bladder diseases, acute pancreatitis and hernia surgery), been invited all over the country for lectures, befriended some incredible people (including the first Indian astronaut in space, Wing Commander Rakesh Sharma) and trained more than 250 surgeons, to name a few achievements. He was also the first president of the Indian chapter of the International Hepato-Pancreato-Biliary Association; Professor and Head of Department of Surgery at the Bombay Hospital Institute of Medical Sciences; and the Honorary Surgeon to the Governor of the State of Maharashtra.

Shrikhande Clinic, a ten-bed clinic for surgical gastroenterology and endo-laparoscopic surgery, celebrated 41 years in October 2018, on the auspicious day of Dusshera. This is where I was born, where my sister was born, and our cousins. This is where our stories began. Shrikhande Clinic was my grandfather’s dream: a place for patients, wherever they came from, whatever their financial situation and stories, to receive excellent care, the care that all medical professionals promise to provide when they take that Hippocratic oath. It’s also a centre for training young surgeons and hosting observers from across the country and world.

In 1982, his best student, and later son-in-law (my father, Dr. Anand Nande), joined him in carrying on this tradition of integrity and excellence. Today, Dad is the sole operating surgeon after Aajoba’s surgical retirement. My grandfather still consults twice a week, with the same effort, concern and time he’s always given each patient.

“I had a desire to do something for the society like many of my generation.”

Aajoba (grandfather in Marathi), after his retirement, wrote a bestselling book about his life in Marathi (Aani don haath), English (Reflections of a Surgeon), and more recently Hindi, a non-traditional, non-chronological narrative that delves into his life and the people and stories along the journey. “Part A. J. Cronin, part Gray’s Anatomy and, interestingly, part philosophy, part Indian value education and part spiritualism,” the blurb says. The original Marathi version won him numerous literary awards despite his non-writing background and was an audiobook on the All-India Radio.

Imagine growing up without electricity, losing friends to typhoid and high fever, living through the freedom struggle for independence, through numerous discoveries we now take for granted (ballpoint pens, trams and local trains without engines, planes without propellers, colour television, computers, internet, cell phones), as well as increased life-expectancy and an explosion of knowledge and communication. Today, it’s easy to feel disconnected and alienated regardless of age. How then does an 87-year-old stay so motivated and upbeat, still hungry to learn new things and step into situations that are scary even for someone much younger?

Though I’ve grown up hearing many of his stories, and later dealt with them in detail when I edited his English book, talking to Aajoba always teaches me something new, because he’s always reading, thinking, learning new things and meeting new people. When I speak to him for this piece, he has just returned from the Association of Surgeons of India conference on ‘Ethical Surgical Practice’ in Gujarat where he was an invited speaker for ‘recharging ethical batteries’.

Born with a stammer, with teachers who told him he was hopeless, he says he learned instead to become a good listener. “Sometimes meeting just one man can be as enriching as reading one good book.” But it’s also in his genes and upbringing, this genuine interest in people, the gift of connecting with them irrespective of age or background. In his formative years Aajoba’s house was always full of guests, relatives and friends. “Even clients coming for court cases (his father was a lawyer) stayed with us. It was a great education for me,” he says.

But as an adult, Aajoba realised that being a good listener without effective oratory skills would only take him so far. He still stammered, and was diffident with his speech despite surgical competence and quality. At the age of thirty, on his return from the UK, he listened to a talk given by the late Dr. A.V. Baliga and joined a public speaking class. Soon, he gave his first talk. “Nobody’s ever quite told us that in the way you did” would soon be common feedback. Even now, he already has three lectures scheduled for December and January, including one about clinical skills. For me, it’s this unrelenting willpower to surmount difficulties in his path that defines him as much as his humanity and vision.

But he also believes in challenging himself even when life doesn’t. “I do not like to be in my comfort zone all the time, it makes me lethargic and dull,” he says. For him learning to ride a bicycle as a kid, learning to drive a car as a teen or adult are steps in this constantly evolving process; activities that challenge the brain, co-ordination and muscles and prevent them from atrophying more than the unavoidable amount. It is this that prompted him to learn how to write with his left hand, to shower with cold water ten months of the year, to walk about two miles through the snow in Edinburgh winters to the surgeon’s hall (though he admits this was partly so he could save some shillings and use them for the heating in his room).

The same mindset trickles into his management of the difficulties brought on by old age, a continued vigour when it comes to things in his control. He talks about the difficulty of outliving most of his friends, of how he has been preparing for years. “I remember a movie I saw in the UK almost 55 years ago. The first scene left a permanent impact. There was a village covered with snow, a house, and a lady who picked up her phone, dialled a number and waited. When the person at the other end picked up and asked who was speaking, the old lady said, ‘That is not important, I want to hear a human voice.’ I’m interested in people, in their unique stories.” He smiles, and says, “I guess you could say dealing with loneliness is a survival skill for any age!”

Aajoba has walked three odd miles every morning, for as long as I can remember, the weather be damned. Last year, in addition, he taught himself some yoga and learned how to sit quietly with a beaded string and meditate. “I enjoy the peace. Yoga also improves my quality of life, and helps me remain grateful and humble.”

Where does the motivation come from? Even he doesn’t know how to explain it, but points me to his belief of discipline. As a surgeon, he’s had to build up many habits through the years, including training his mind to make quick decisions. But he’s not relied only on surgical situations to hone this skill.

“Part of the habit can be learned through quick decisions in simple, daily acts like what clothes to wear, what work to prioritise, whom to call,” he says. “It is fascinating how with such small habits, a certain discipline evolves.”

For him, gut instinct or intuition, another important skill for a surgeon, is nothing more than all our experiences, decisions and resultant lessons sinking into the software of our brains and becoming a part of our natural response. It’s nothing more than discipline and hard work, starting with small daily actions.

Aajoba is the kind of person who, before undergoing a serious open-heart surgery at the age of 79, wanted it filmed so he could watch it after. The person who came out of the subsequent rehabilitation stronger, with a new lease on life, his curiosity and logic intact. So, it’s no surprise that his philosophy includes a constant inquisitiveness for different, and maybe better ways of perceiving the life around us.

“Every success builds up new facets of confidence, but also brings with it the realisation about the areas I want to develop and improve in.”

Aajoba feels lucky that his family have shared his philosophy, playing a major role in his success; his wife, my Aaji, Dr. Mrs. Suhas Shrikhande, sacrificing a career of her own to raise four children, and provide crucial background support; the younger generation  inheriting not just his legacy, but also his values and his outlook (my uncle, his son, is the Deputy Director, and head of department of Surgical Oncology at Tata Memorial Hospital, the largest government cancer institution in the country).

It is the upholding of those values that matter the most. He says, “My successes have, of course, given me a sense of achievement, but what I was able to give back to the society is my greatest contentment.”

Aajoba talks about how it’s a vocation, not a business, of how a patient isn’t a statistic, of the personal interaction and care that is equally important as a skilled pair of hands. “My biggest satisfaction is that I have maintained the highest traditions of our medical profession, and trained so many others in the same spirit – to help patients, to remember to be a good human being who genuinely cares.” He pauses. “My father wanted me to be an extraordinary surgeon for an ordinary man.” His voice is quiet. “I did not fail him.” 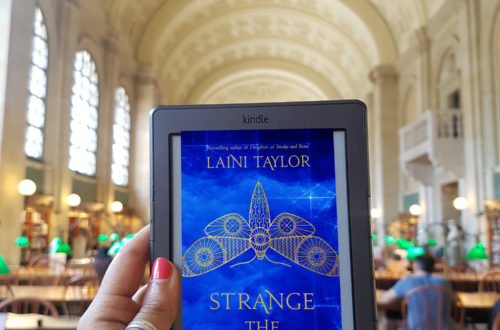 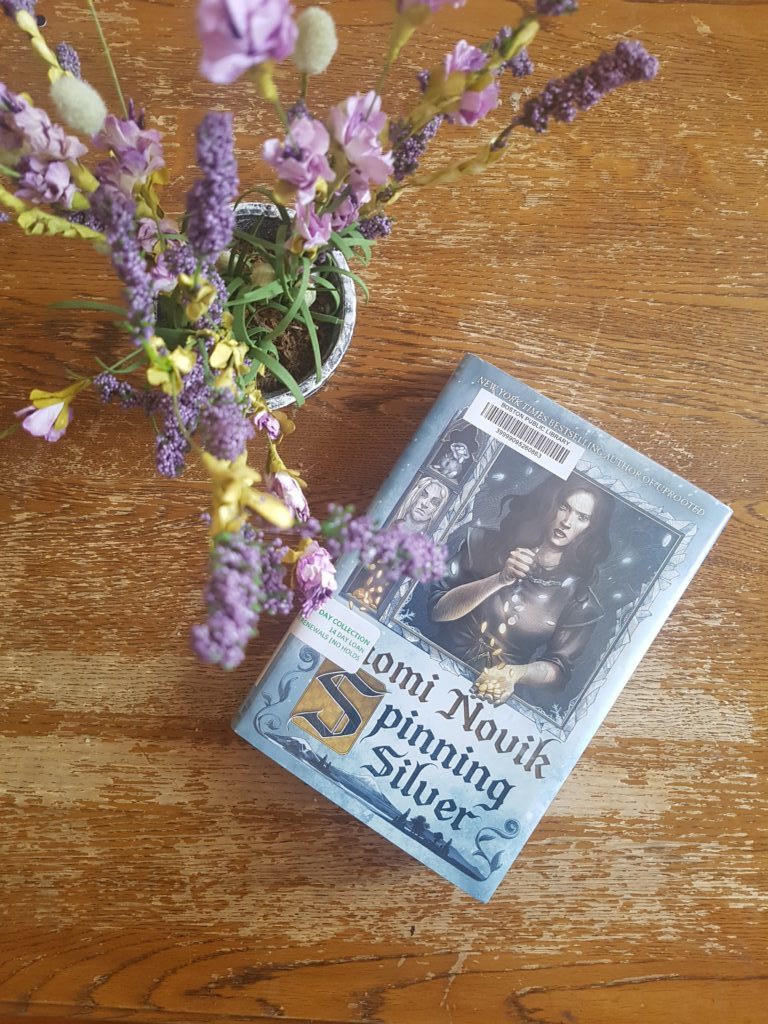